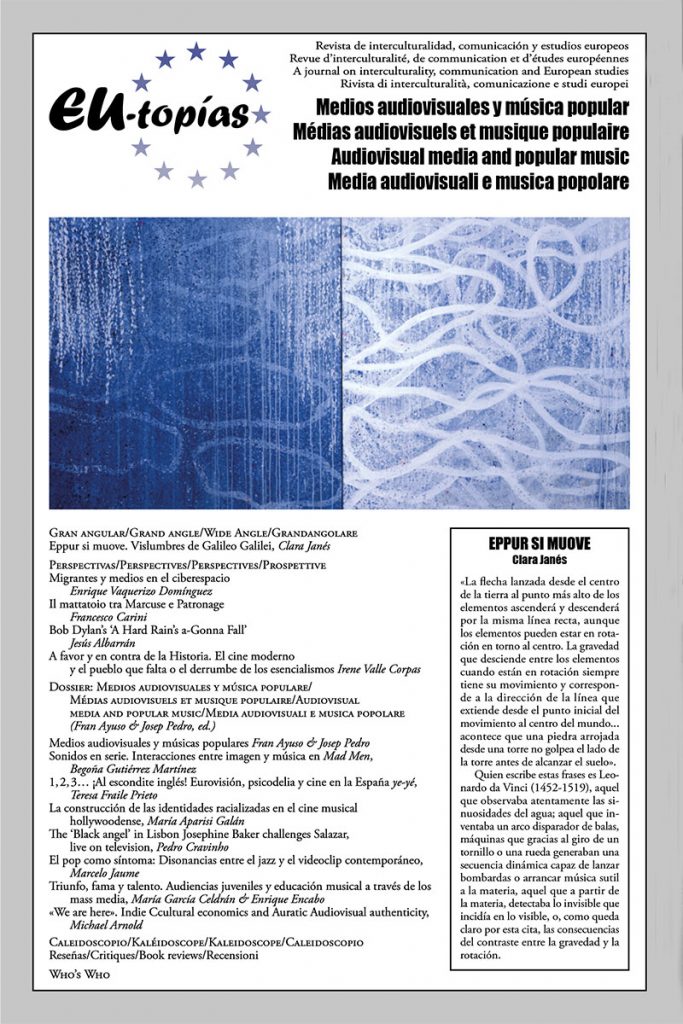 My first contribution as an author to eu-topías, a special edition focus on Audiovisual media and popular music, was published under the title “The ‘Black Angel’ in Lisbon: Josephine Baker challenges Salazar, live on television”.

As the title suggests, this essay examines a televised performance by Josephine Baker that took place in Portugal on 29 November 1960, during the time of Portugal’s so-called New State (Estado Novo) regime. The performance included the song ‘Terra Seca’ by Ary Barroso, the lyrics of which explore slavery and racial discrimination, and Baker also made a deliberate point of speaking to racial and human rights issues. Baker’s pronouncements took place within a context of global instability surrounding the ongoing decolonisation process. At the time, Portugal was one of the last of the European colonial empires and was the target of huge international media pressure in support of decolonisation. Josephine Baker’s televised performance can be understood as a stance in opposition to Portuguese colonial policies.

As Jill Dolan has argued, “utopian performatives persuade us that beyond this ‘now’ of material oppression and unequal power relations lives a future that might be different, one whose potential we can feel as we’re seared by the promise of a present that gestures toward a better later” (Dolan, 2008: 7). Baker’s stance reflected a resilient opposition against colonialism and a demand for better conditions for those living under oppression globally. So, with no small degree of irony, the Portuguese Public Television Service – the dictator Salazar’s “ideological apparatus”, which was controlled by a rigorous Censorship Bureau to prevent the circulation of any potentially subversive content, especially related to African issues – was used against itself by a “Black Angel”.